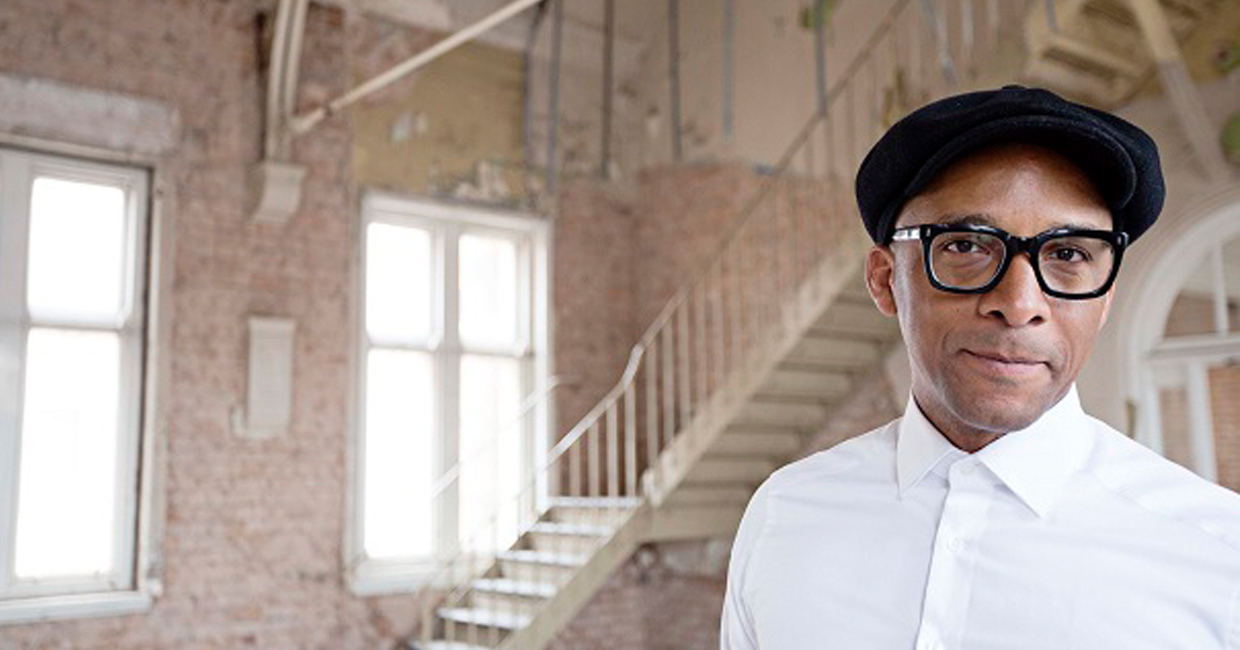 The 2020 Vision Design Competition will close with finalists being showcased at Clerkenwell Design Week (19th-21st May 2020), and the winners being announced at the event.

The competition is open to designers with less than three years in the furniture industry and all undergraduate students studying on furniture-, design- or architecture-related courses in a UK university. Due to the close connection with Clerkenwell Design Week, the 2020 Vision Design Competition is focused on contract furniture, with the aim of encouraging creativity and invention in reducing the impact of furniture on the world.

Phil Reynolds, COO of the Furniture Industry Research Association, says: “We’re very excited to be launching this new design competition, and it also shows the wider role of the research association. We’re not just here to support those who are established in the industry and who rely on us for knowledge, but we also exist to nurture new talent and give them a solid start to their career.

“In terms of the brief, to reduce our impact on the environment we have to reduce our use of valuable natural resources, transition from a throwaway culture and simply make things last longer. The furniture industry can take a leading role in this, but in order for this to happen we need to see a step-change from both the industry and consumers.

“2020 Vision aims to encourage those new to the industry to use their imagination, knowledge of materials and design to deliver an idea which is remanufactured or remanufacturable. Through showcasing the finalists at Clerkenwell Design Week we’re hoping to inspire others to see what is possible through innovation.”

Prizes include a £5000 fund alongside a trip to Blum’s manufacturing operation in Austria. Furthermore, and depending on the design of the winning entry, Knightsbridge Furniture Productions will help bring the entry to life.

Further details on the design competition are available here.

Pictured: One of the judges, Jay Blades, a furniture upcycler and presenter of the BBC’s Money for Nothing and The Repair Shop 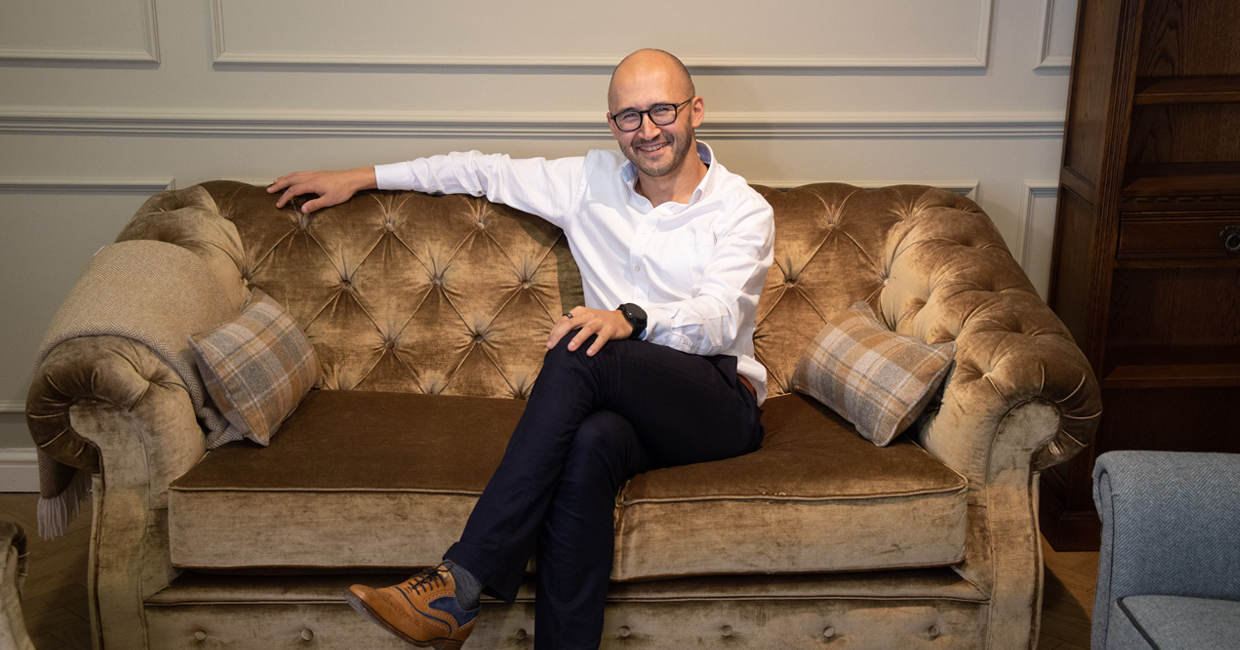 Since he joined the business in 2015, former ASDA ecommerce specialist James Sheffield has brought new technology and fresh thinking to Wood Bros, the purveyor of furniture brand, Old Charm. Furniture News learns more about his modern mindset …
What was the first thing you noticed when you joined the industry? 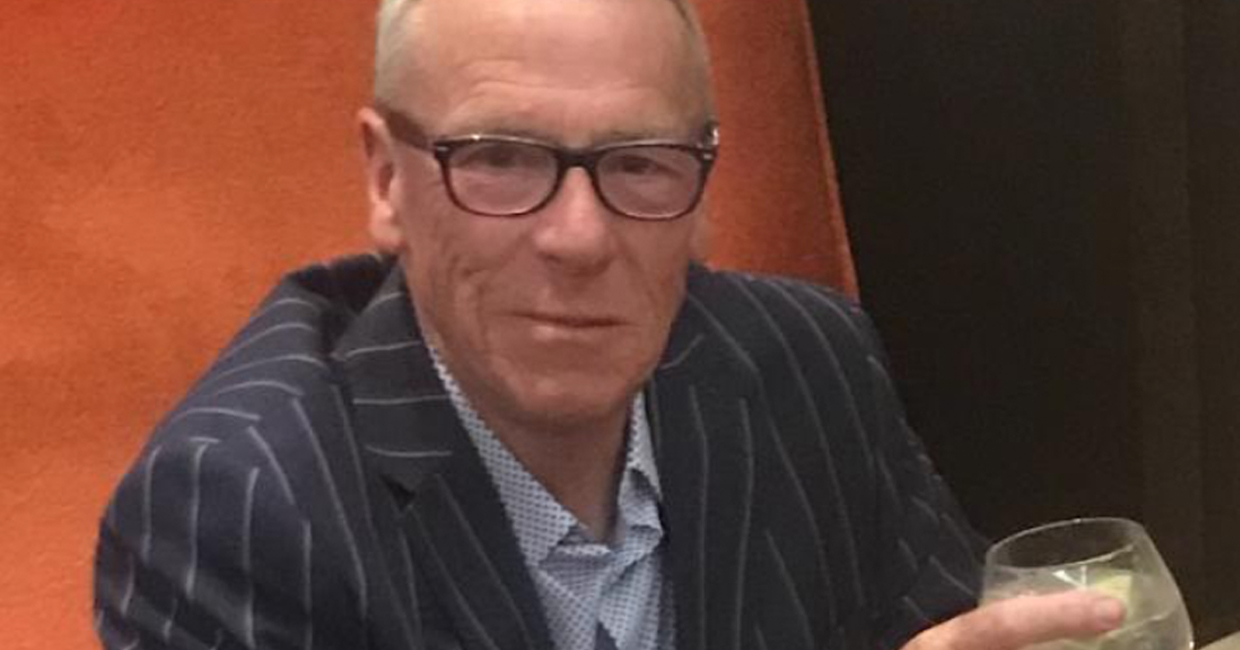 Derek Young has been made an honorary member of the Scottish Furniture Representatives Association (SFRA), a group comprising 67 working (and 39 retired) members of the industry, and organises the Northpoint Show (taking place next April).

The SFRA was founded in 1965, and Derek joins a select group of just three other people who have been awarded the same recognition.

“Many SFRA members, both new and old, have benefited from invaluable advice given by Derek,” comments SFTBA treasurer and secretary, Bob Dymond. 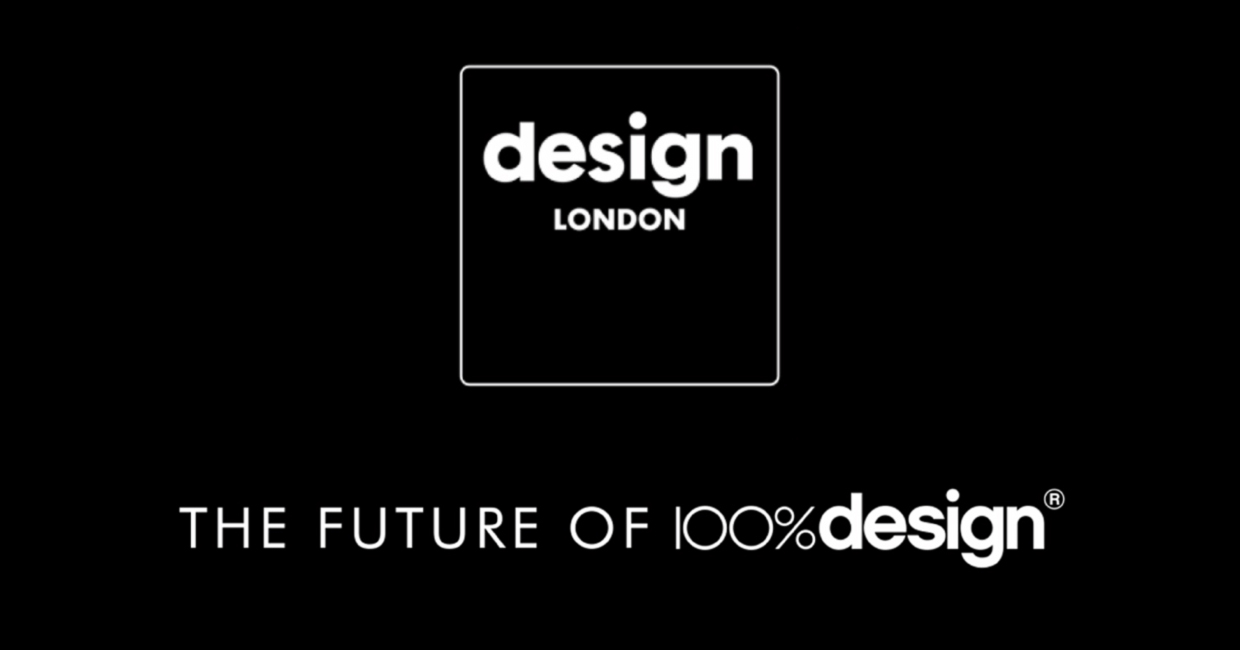 100% Design is being rebranded for 2020. Twenty-five years after creating the UK’s first dedicated design trade exhibition, the event is being reframed as Design London during next year’s London Design Festival in September.

“Recognising the capital’s profound influence over A+D specification globally, Design London presents a new and enhanced proposition for the industry,” reads a statement. “The show will combine the world’s most sought-after brands with a wealth of emerging design talent to create an essential platform for those looking to source new products, meet new brands and make new contacts during the London Design Festival.

“Building on the foundations of the last 25 years, the inaugural event will celebrate the capital’s thriving design scene and will be an inspiring and influential hub for the A+D community.”

More news, plus the exact show dates, will be revealed in due course. 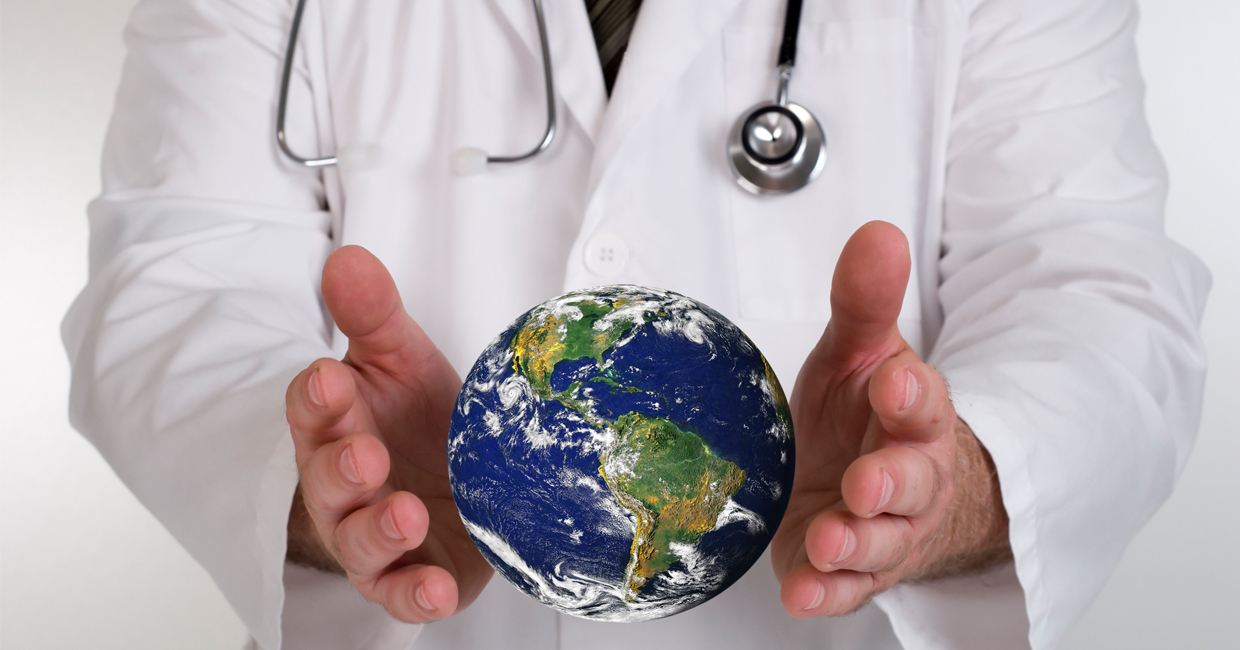 The Environment Agency recently released details on proposed changes to its waste exemptions regime, which focuses on three areas: raising the standard of operator competence across permitted waste sites; reforming the exceptions element within the permitting regime; and introducing a fixed penalty notice for household waste duty-of-care offences.

The key waste areas which could be significantly impacted include tyre recycling, paper, cardboard and plastic recycling sites, and mattress recycling.

The Furniture Recycling Group (TFR Group) has been working with the Environment Agency and DEFRA on the standard rules for the Environmental Permitting Regulations Consultation in relation to the mattress recycling industry.

The proposed changes could see the Government remove mattresses as a waste type allowed under the ‘T12: manually treating waste’ and ‘S2: storage in a secure place exemption’ rules, reports TFR Group. The new standard rules would instead allow mattress recyclers to operate a mattress recovery facility at a specified location, to only deal with mattresses, to accept no more than 3500 tonnes of waste each year, to store no more than 220 tonnes of waste on the site at any one time, and to only carry out treatment that is for waste recovery only.

This treatment is restricted to the sorting, separating, baling, crumbing and shredding of mattresses, and the storage and treatment must be undertaken indoors.

TFR Group welcomes the proposed changes set out in the consultation, and feels it is a positive step for the mattress recycling industry as a whole.

MD Nick Oettinger says: “Currently, the exemption for mattress recycling operations is five tonnes (the equivalent of around 200 mattresses), which is not enough for a business to operate on. On the other end of the spectrum, the license required for dealing with more than five tonnes is not commercially viable for many mattress recycling companies.

“The new standard rules permit will ensure only those who are serious about mattress recycling can obtain one, but will also be more cost effective to maintain, and help prevent the stockpiling of mattresses too.

“The consultation demonstrates that mattress recycling, and bulky waste, is becoming higher up on people’s agenda, and increasingly in demand due to our bursting landfill space. It’s great to see the industry is being recognised in its own right within waste management, and this consultation paves the way for the future of mattress recycling.” 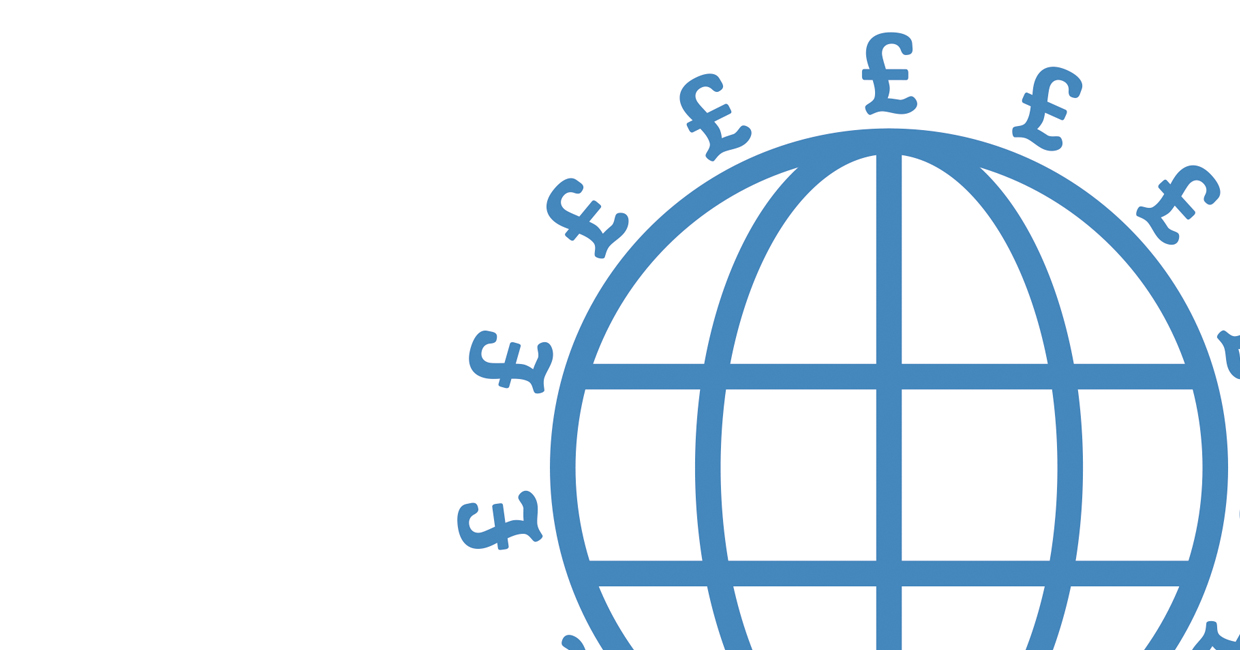 The Government has published a Treasury Select Committee Report which identifies key flaws in the UK’s business rates system.

It found that: since they were introduced in their current form in 1990, the revenue business rates have generated has outpaced inflation; that they do not impact businesses equally, placing a disproportionate burden on physical businesses over online enterprises; and that although they are an important source of Government revenue, they have significant negative impacts, and simply tweaking the current system is unlikely to be enough.

The Select Committee recommends that the Government takes a deeper look at possible alternatives and prepares a consultation in time for the 2020 Spring Statement. In the meantime, it suggests that improvements could be made, including improving reliefs, reducing statutory limits for responding to appeals, and ensuring that the Valuation Office Agency (VOA) is properly resourced.

Helen Dickinson OBE, chief executive of the British Retail Consortium (BRC), says: “We strongly welcome this excellent report. The Treasury Select Committee has identified key flaws in our broken business rates system. The BRC has long been calling for many of the key recommendations. Indeed, fixing transitional relief, introducing an improvement relief to unlock investment, and better resourcing the VOA, were all the focus of a letter to the Chancellor signed by over 50 retailers in August. Any party that wants to support local high streets should commit to implementing the committee’s reforms as a first step.

“Business rates are a significant driver of store closures and job losses, and retailers have been getting a raw deal for too long. While retail accounts for 5% of the economy, it pays 25% of the business rates. Such imbalances can be seen in transitional relief – identified by the committee as needing reform – which takes £1.3b from retailers and redistributes most of it to other industries.

“The General Election offers a unique opportunity to address some of the imbalances that have contributed to tens of thousands of job losses for the industry. We urge political parties to support local shops, local shopworkers and local communities by including these recommendations in their manifestos.

“While the committee is right to recommend that Government reviews alternatives to the broken business rates system, it must not do this in isolation. Any review must look at the whole suite of business taxation with the aim of creating a tax system that is fit for the 21st century.” 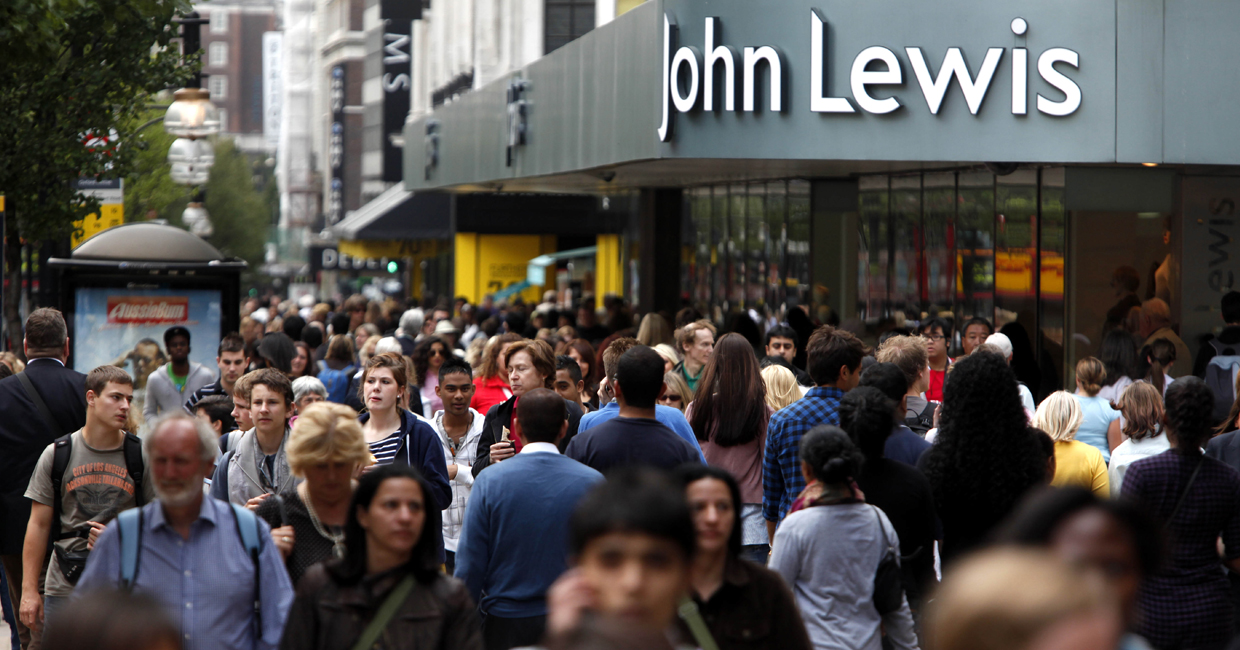 Starting with a trial in collaboration with Boden, John Lewis Partnership is looking to provide access to its Click & Collect distribution network to third-party retailers.

Boden customers can now use the John Lewis & Partners Click & Collect service to pick up their parcels from 30 Waitrose & Partners stores. Boden orders placed by 7pm will be available for Click & Collect by the end of the next working day.

In the last five years, the partnership’s Click & Collect orders have increased more than +50%. Currently 57% of all online orders are delivered through this service, with 25% of packages collected at John Lewis shops and 75% at Waitrose shops.

By opening up Click & Collect to those customers who shop with other retailers, the partnership hopes to introduce new customers to its range of products and personalised customer service.

Bérangère Michel, partner and operations director, John Lewis & Partners, comments: “We were one of the first to launch a Click & Collect service at scale in the UK and we’re pleased that the service will now be used by other businesses. This is a great example of how we are combining the capabilities of John Lewis and Waitrose to deliver what retail needs, at a time when the sector is changing at an extraordinary pace.” 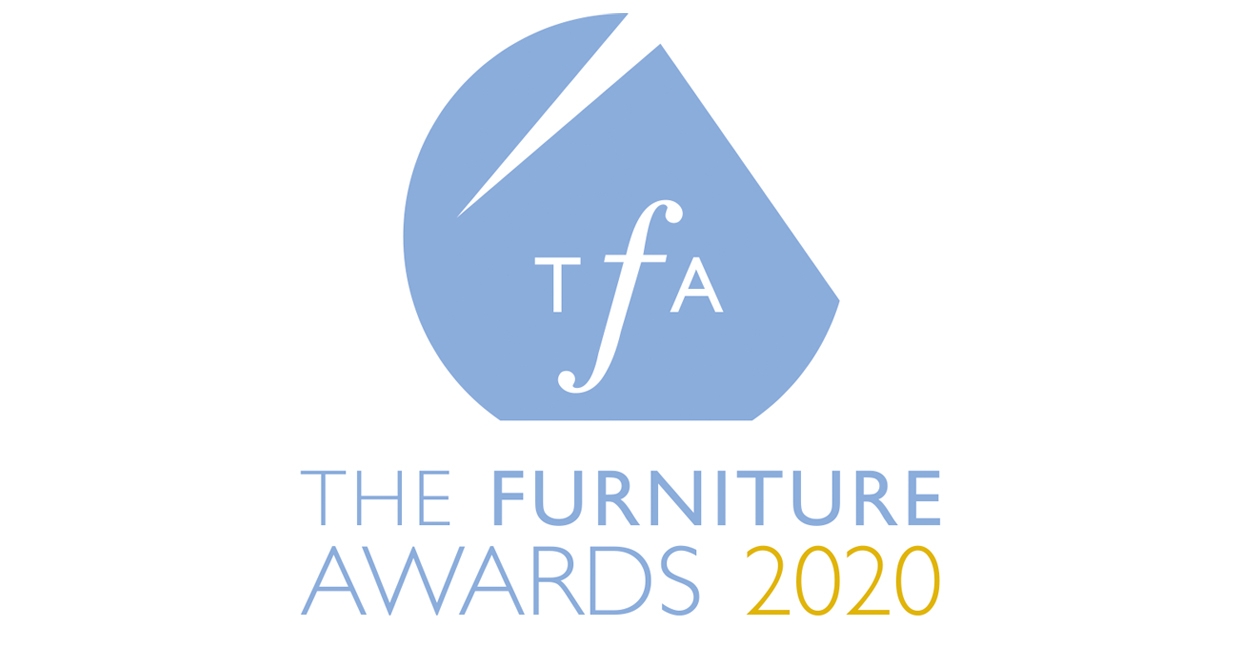 The Furniture Awards, which returns to the January Furniture Show 2020 to celebrate the best businesses at the exhibition, is now open for entries.

Royce comments: “I am honoured to be selected as a judge for a second time. It’s great to be able to promote the work of the numerous exciting companies and designers present – many of whom go unnoticed. I’m confident this year’s awards will help further promote the trade, and will be the biggest yet.”

Mike says: “I’m really excited to see the latest innovations coming out of an industry I am extremely proud to be part of.”

The 2020 awards are again sponsored by the BFM and creative digital agency, Orbital. The latter has pledged to reward each winner with £2k in digital marketing vouchers, while the organiser of the January Furniture Show is offering winners free stand space at the 2021 event.

January Furniture Show exhibitors can enter via their online profile by Friday 6th December at the latest.

Find out more about the awards here.

Welcome to WordPress. This is your first post. Edit or delete it, then start writing!