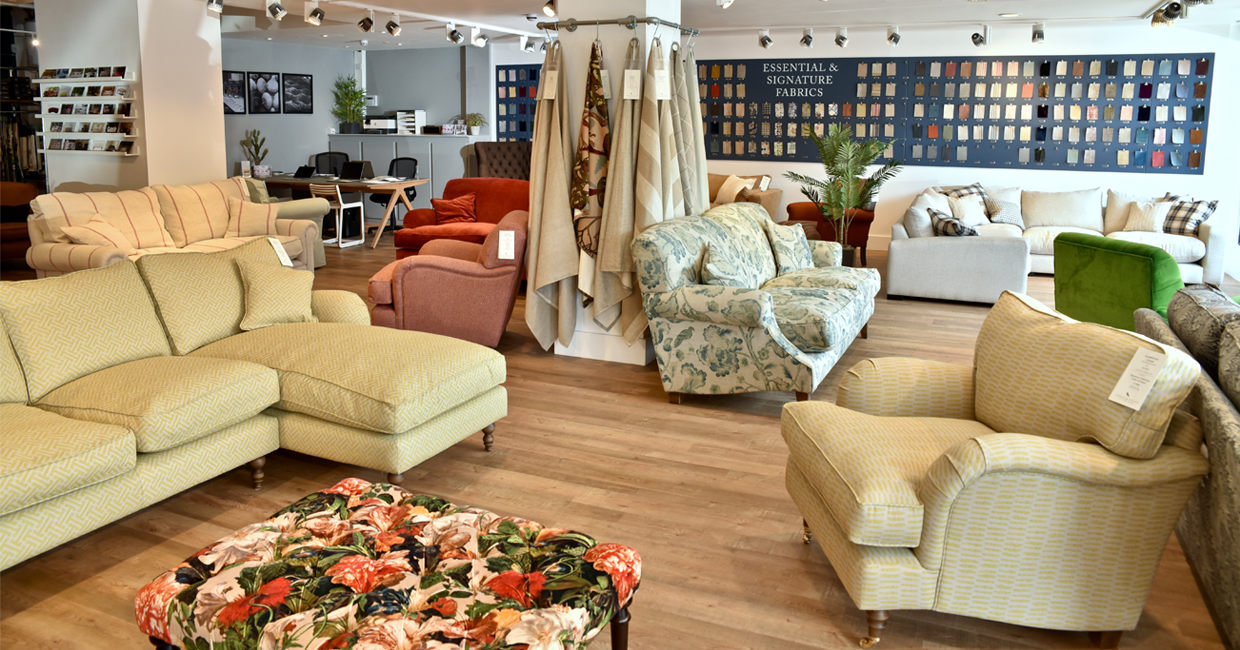 Sofas & Stuff has announced the opening of two new showrooms this month. On 15th August, a 2493 sqft showroom opened in Knutsford, Cheshire, and towards the end of August, a 2877 sqft space will open in Mere Green, Sutton Coldfield, Birmingham. Both are located within premier shopping destinations, and offer handmade British sofas and chairs.

MD Andrew Cussins says: “We’ve been fortunate to have seen a period of growth in uncertain times. We have seen an increase in demand with new customers and our loyal customer base has continued to thrive. As part of our growth strategy, we’re now able to continue expanding our network of showrooms in the UK, bringing a total of 14 destinations to showcase our products and heritage. We’re excited to be able to extend our high levels of service to these new areas within beautiful new showroom spaces.”

Andrew Cussins started out in 1980 as an apprentice in his father’s furniture empire, Waring & Gillow. He went on to found Sofa Workshop, which he went on to sell in 2002. The Sofas & Stuff story began in 2009 with just four employees in Fittleworth, West Sussex, where the company’s flagship store and head office are still based.