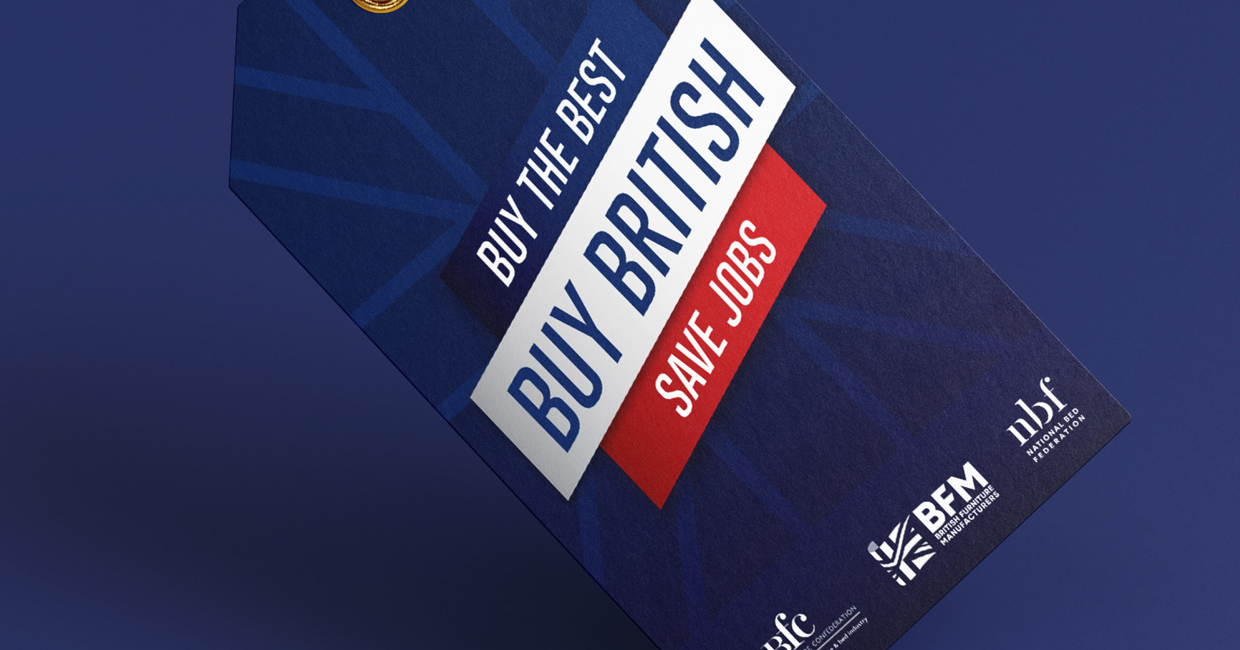 For the first time, organisations and businesses across Britain’s furniture industry are joining forces for a special campaign.

The Buy British Furniture Event is a month-long initiative promoting British home furnishings this autumn. It will promote the ‘Buy the Best, Buy British, Save Jobs’ message for retailers to use online and in-store from 19th September to 18th October.

Aimed specifically at the domestic/retail sector, the event will highlight to customers which products have been made in Britain, using a striking red, white and blue logo for use on swing tags, posters and webpages.

Jonathan Hindle, chairman of the BFC, says: “Many companies have been enjoying brisk business in the past couple of months, but there is much uncertainty as to whether it will be sustained into the autumn.

“In recent manufacturing industry surveys, feedback worryingly indicates that some companies are considering redundancies across their workforces. Many retailers too will be looking closely at costs.

“However, it’s not all doom and gloom. As we’ve seen over the past few weeks, many consumers have money in their pockets and are keen to spend it on home improvements.

“The autumn campaign is designed to help maintain that early momentum and in particular to focus on supporting British manufacturing – tapping into consumers’ current natural desire to buy local and support British jobs at risk.”