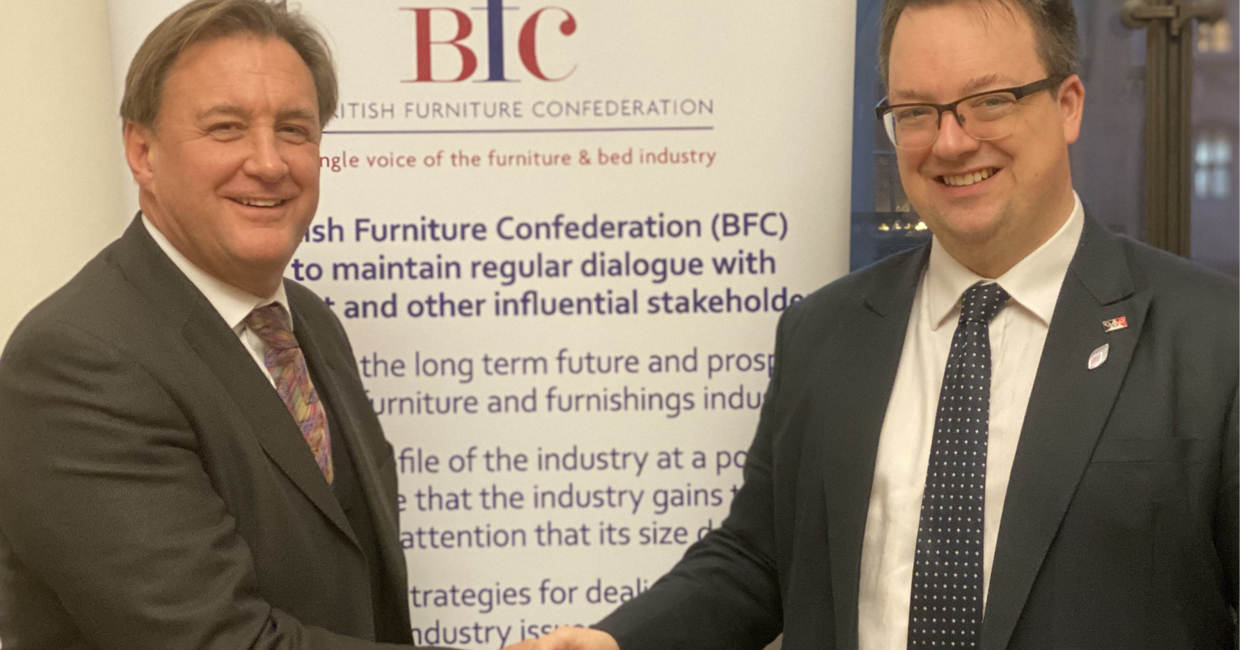 The industry’s political lobbying consortium, the British Furniture Confederation (BFC), has welcomed a new chairman to the newly-formed All Party Parliamentary Group (APPG) for the furniture and furnishings industry.

APPGs are disbanded when a General Election is called and reformed when a new Government is installed. The new All Party Parliamentary Furniture Industry Group (APPFIG) is now up and running, with a new chairman and officers.

Mike Wood, Conservative MP for Dudley South, which he has represented since 2015, has been appointed as chairman of the group. Mike replaces Maggie Throup, Conservative MP for East Midlands constituency Erewash, who, in accordance with parliamentary rules, had to step down following her appointment as a Government Whip.

“I am delighted to have been elected chair of the APPFIG,” says Mike. “I have recognised the important work undertaken by the group since I became a Member of Parliament in 2015 and I am keen for it to continue its work to support the UK’s furniture and furnishings sector. It’s a significant industry for the UK, with a manufacturing turnover of £12.2b emanating from 8707 companies employing 123,000 individuals. Furthermore, in the wider sector, consumer expenditure on furniture and furnishings amounted to almost £17b, supporting 339,000 jobs in 52,500 businesses.

“The APPFIG has an excellent track record of advocating for a range of issues affecting the furniture industry including skills, education, trade, and environmental policies, and I am looking forward to working with my parliamentary colleagues and members of the British Furniture Confederation (BFC) in the new Parliament.”

Jonathan Hindle, chairman of the (BFC, which works closely with the APPFIG, welcomed Mike’s appointment and paid tribute to the support from Maggie Throup over the past couple of years, saying: “Maggie has done a fantastic job in getting the industry, through the BFC, in front of ministers and civil servants and make their point of view heard.

“With the challenges of leaving the EU ahead of us, plus tackling the climate emergency, as well as addressing the now imminent revisions to our flammability regulations, I’m sure Mike will help us ensure the furniture industry’s voice is heard.”